When people hear the term “hacking,” they tend to associate it with anything negative, which is understandable. As a matter of fact, hacking has always been about exploiting vulnerable or inadequately protected sites or systems in order to further the individual’s own selfish interests. Consequently, others that wish to increase the security of their internet systems seek the assistance of professionals.

These professional hackers employ an ethical hacking methodology in order to assist in the development of a more effective defense against real hacking threats. It is possible to swiftly detect system faults by purposefully “attacking” them. This allows them to begin developing contingency plans to slow, evade, or eliminate genuine hacking attacks. As you can see from the ethical hacking process, not all hacks are harmful to the victim. Attempting to hack into a system in an ethical manner in order to uncover potential weak points that genuine hackers, or “black hats”, can exploit, can assist prevent a corporation from suffering a loss of revenue or reputation.

Indeed, many businesses are now actively soliciting the services of individuals who are capable of performing this function because they recognize that the only way to combat expert hackers is to team up with another skilled hacker of their own! Most information technology professionals regard ethical hacking to be the same as simple hacking because it still takes use of computer system knowledge in an attempt to crash or penetrate them. The objective of the software, which is to strengthen the security of computer systems, is what most business owners consider ethical. A computer system is subjected to penetration testing, which is a type of security review that takes place on a computer system.

This involves a someone attempting to hack into the system. The purpose of this service is to determine whether or not someone with malicious intent can gain access to the system. The results of penetration testing might disclose which programs or apps hackers can access after they have gained access to a computer system. Penetration testing is available from a plethora of companies and online enterprises. Damage to a computer system caused by a hostile attack can be extremely expensive to repair, making this a highly advised precaution. A deep grasp of computer systems is required in order to perform these tasks, which can be learned.

Because ethical hacking practice includes breaking into internet networks, it is probable that many white hats today gained their skills as black hats in the first place. For as long as your actions have been approved by the company that controls the system, the havoc or disorder that you will cause during the hacking process will be absolutely beneficial to the firm, provided that they follow up and eliminate the holes that you have discovered. Hackers who adhere to ethical standards are either hired experts who have built a name for themselves as black hat hackers, or they are real-life workers of the organization who are well-versed in the technology required to complete the assignment. It is not a question of whether or not there are good hackers, bad hackers, or white hats; rather, it is about the benefit of the firm and the safety of any sensitive data that they may have on hand.

Because of the valuable service you can now provide, you will be well-cared for if you had a less desirable past for example, but have subsequently opted to work for the system rather than against it. When it comes to defending online systems against damaging attacks, the ethical hacking methodology is all about achieving results as quickly as possible. You are only concerned with keeping the assets and interests safe, and the only way to accomplish this is to think and act like a professional hacker. This is, without a doubt, a highly effective method of protecting oneself from internet predators. In the event that you are a firm, do not be afraid to hire white hat hackers, since they are equipped with the necessary knowledge and abilities to combat a threat posed by another hacker or malicious software. If, on the other hand, you are interested in hacking yourself, perhaps there is a job for you to pursue in working on the opposite side of the fence? 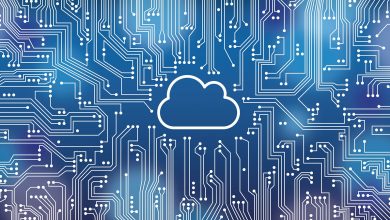